The state Emergency Operations Center activates to various levels depending on the nature of an incident. Our normal status is what we call Daily Operations. When necessary, we follow ascending levels of activation: Level 3 – Monitoring, Level 2 – Partial and Level 1 – Full. Those levels are reflected on the front page of the DEM website.

Incidents in 2019 that required activation of the EOC include:

EOC Activation No. 2
With the looming threat of spring flooding, we moved into monitoring mode to stay up to date on threats. March was Flood Safety Awareness Month and we launched a new website to help Utahns get out of the flood myths and plan for disaster recovery. On top of that, we got word March 15 that the Gold King Mine is releasing toxic chemicals into the Animas River again.

We remained activated through fire season and through the EMAC deployment of Utah firefighters to California.

EOC Activation No. 1
Drinking water The Four Corners Navajo Nation local chapters are experiencing winter condition issues, which includes drinking water and may affect access to residences and medical and water needs. A request from Navajo Mountain Chapter has come into the Governor’s Office for assistance to residents that do not have running water. They are requesting help with bottled water. Waiting for more clarification on needs.

Incidents in 2018 that required activation of the EOC include:

EOC Activation No. 3
Fire season (A number of wildfires have broken out this year. We’ve received the governor’s monthly wildfire declaration for June and stand ready to assist the Division of Forestry, Fire and State Lands if necessary.West Valley Fire (Washington County, 10 miles North of St. George) – The fire has burned approximately 2,500 acres and is 0% contained. The cause of the fire is unknown.  Approximately 10 homes are threatened. )

The Dollar Ridge Fire in Duchesne County has burned more than 70,000 acres, destroying at least 70 homes and prompting evacuations from Duchesne and Wasatch County. About 20 people stayed in a Red Cross shelter the night of July 2. An independent evacuation center was opened at the LDS church in Fruitland.

The Pole Creek Fire and Bald Mountain Fire, both burning in Utah County burned more than 118,000 acres combined and nearly burned together. Though structures were threatened, no homes burned. Various communities in southern Utah County were in evacuation or pre-evacuation status.

Property owners below those burn scars should prepare for the potential for debris flows that can come after an area has been burned.

EOC Activation No. 2 (Newest incident first)
Carbon County water line break (Carbon County is working with Price City and the Price River Water Improvement District to maintain water in their system after a water line break. The break affects unincorporated county residents and the City of Wellington. DEM received an emergency declaration from the county April 17, 2018.)

EOC actions The Division of Emergency Management hosted a conference call April 17 with state and local officials to learn more about the incident and to start state agency coordination. Regional liaison is staying in touch.

Incidents in 2017 that required activation of the EOC include:

Wildfire Season: The National Weather Service has issued red flag warnings for much of Utah and fires have begun cropping up all over Utah. Brian Head Town was evacuated due to wildfire that has destroyed 13 dwellings damaged others.

Water Emergency: Wayne County and the town of Torrey declared a local state of emergency (PDF) due to a break in the water line that feeds the water system. Torrey is on a boil order and residents have been asked to reduce their use of water. DEM has secured potable water to be delivered to the town until the system can be repaired. The system has been repaired and filled and is functioning properly as of 6/26/17.

Flooding: The National Weather Service forecast included a potential for rain- or snowmelt-caused flooding, though much of it was expected to be nuisance flooding. Various local emergency declarations are in place and local entities have reported infrastructure damage. Red Cross at Level 3 Disaster Relief Operation. Governor Gary Herbert declared a state of emergency March 31, 2017. Utah received a major disaster declaration from the president on April 21, 2017. Utah DEM and FEMA continue working with local officials to write project worksheets to move disaster recovery forward. 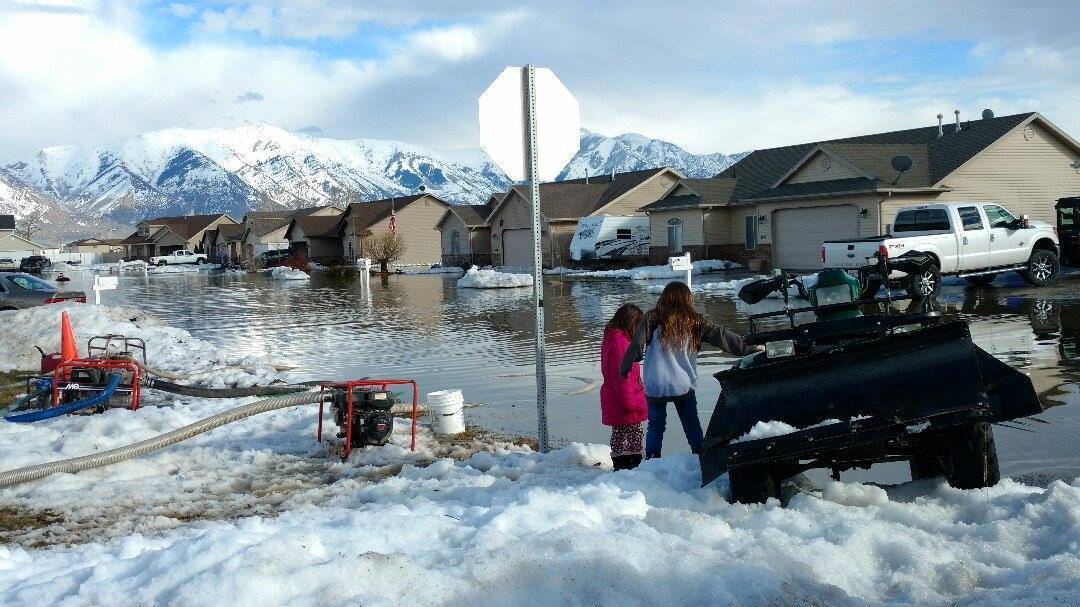 How to help homeowners:

EOC Activation No. 1
Potential flooding (The National Weather Service forecast included a potential for rain- or snowmelt-caused flooding on Sunday and Monday, Jan. 8-9. Temperatures will reach 40 degrees. Areas of concern: Little Bear River, the confluence of the Bear River, Weber Valley rivers,  and areas below 5500 feet in Weber, Cache and Box Elder counties. These areas will likely see 1 inch of rain in a 12-hour period.)
Jan. 5-13, 2017
Level 3 – Monitoring
Activities: EOC monitored flood potential and received information from the National Weather Service. We received a few reports of localized flooding, though damage to homes was sparse. Home flooding was contained to some basements. DEM resposted NWS social media messages and alerts through division accounts. DEM regional liaisons and PIO kept in touch with with stakeholders.

Incidents in 2016 that required activation of the EOC include:

EOC Activation No. 4
Election Day
Nov. 8, 2016
Level 3 – Monitoring
Activities: EOC was available for media monitoring related to election news throughout the day until poll closing or election results are announced.

EOC Activation No. 2
Wind incident (High wind watch. National Weather Service was forecasting 70 mph+ gusts for Davis County through May 1, 2016, at 6 p.m. Power outages reported in Davis and Weber counties, many trees and branches down.)
Apr. 29-May 2, 2016
Level 3 – Monitoring
Activities: Municipalities, the NWS and DEM were active on social media with warning and safety messages.
5.2.2016 Situation Report
5.1.2016 Situation Report

Incidents in 2015 that required activation of the EOC include:

Gold King Mine spill (Around 3 million gallons of toxic mine waste spilled into the Animas River in Colorado, which eventually flows through New Mexico and into Utah, where it is called the San Juan River.)
Aug. 9-Oct. 8, 2015
Level 3 – Monitoring
Activities: Multistate coordination calls, joint press releases from State agencies and emergency water quality monitoring. That has since transitioned to long-term monitoring by DEQ.)