Helping you help others get ready for floods

SALT LAKE CITY — Flooding is the most common weather-related natural disaster. In Utah, ten of the state’s 12 major disaster declarations have been related to flooding.

The message: Floods happen and they can happen anywhere, so this is time for Utahns to prepare.

Gov. Gary Herbert has declared March 12-18 to be Flood Safety Awareness Week 2017.  We’ve seen some flooding in the state so far, but that’s likely not all of it. We hate for people to be caught off guard. 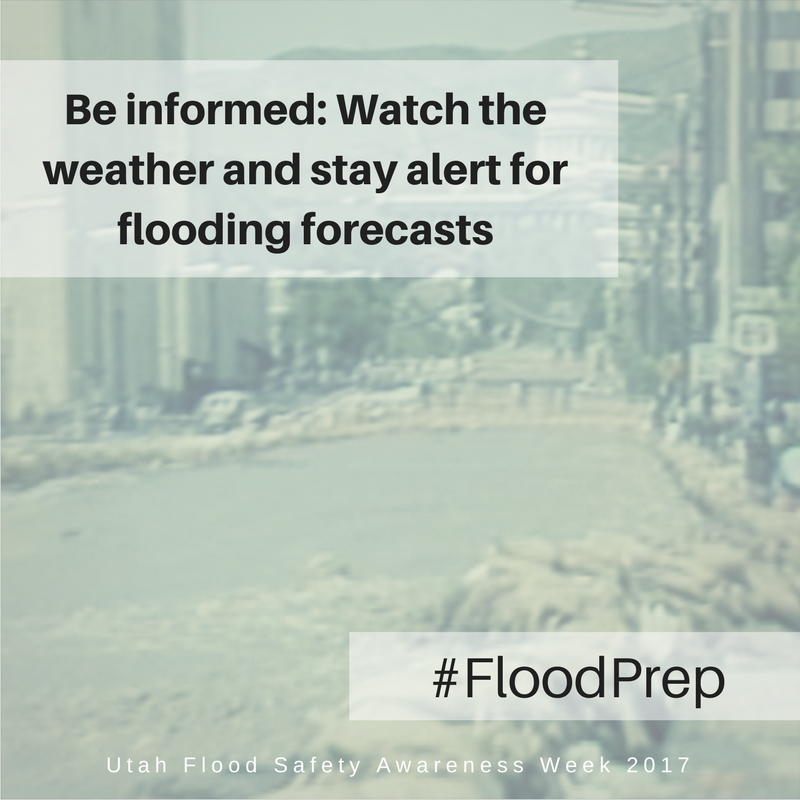 The Utah Division of Emergency Management and National Weather Service want to share the following tips that can help Utahns prepare for floods:

The Utah Division of Emergency Management (dem.utah.gov) is the State’s lead agency for coordinating state resources in a disaster. Utah DEM also conducts emergency preparedness efforts before a disaster through its Be Ready Utah program (BeReadyUtah.gov). Be Ready Utah aims to help families, businesses, schools and communities get ready for disaster. CERT belongs to the Be Ready Utah communities initiative.

If you found this news entry interesting, please consider sharing it through your social network.